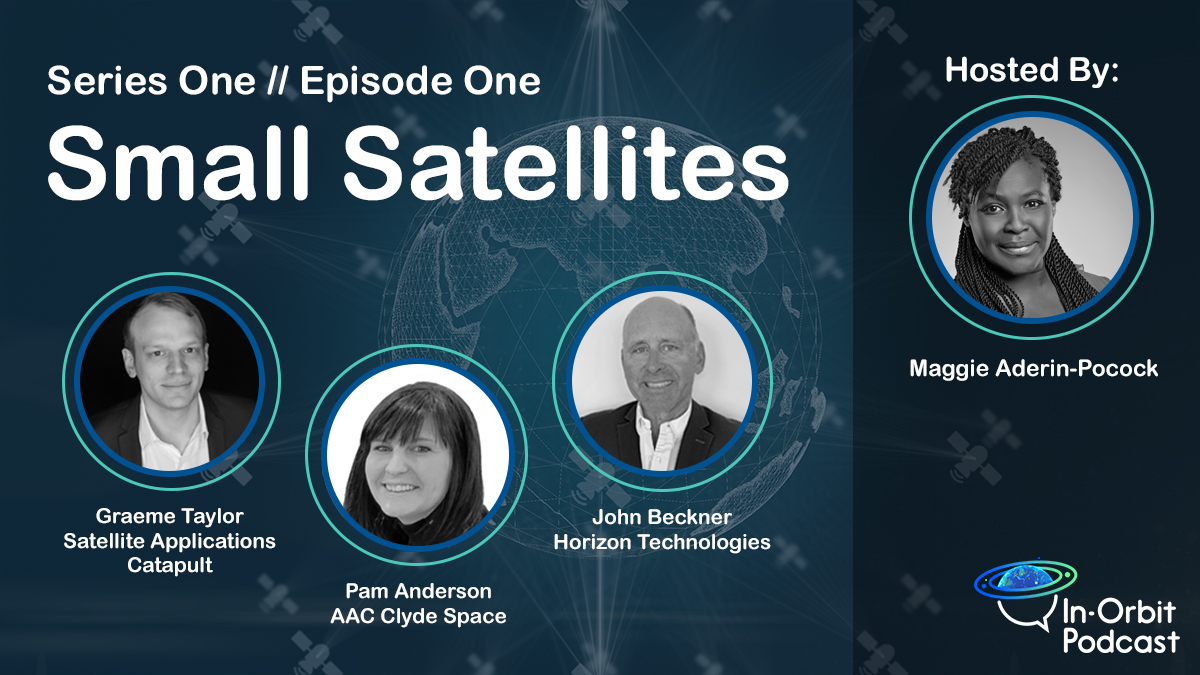 Listen to The AD Agency’s client John Beckner, CEO, Horizon Technologies featured appearance on In-Orbit Podcast to discuss what the small satellite revolution means for satellite manufacturing and the data we can receive from space. With reduced cost and quicker development time, small satellites open up the space industry to a new range of organizations.

This first episode on small satellites was hosted by Maggie Aderin-Pocock, a British space scientist and science educator, honorary research associate of University College London’s Department of Physics and Astronomy. Since February 2014, she has co-presented the long-running astronomy television programme The Sky at Night with Chris Lintott, In 2020 she was awarded the Institute of Physics William Thomson, Lord Kelvin Medal and Prize for her public engagement in physics.