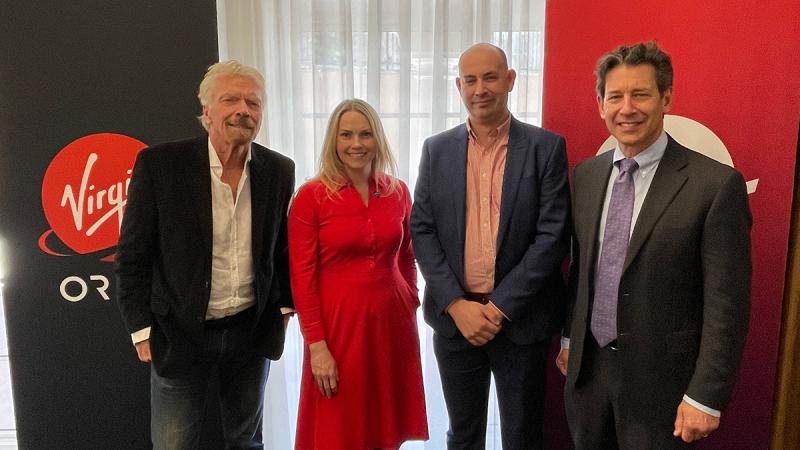 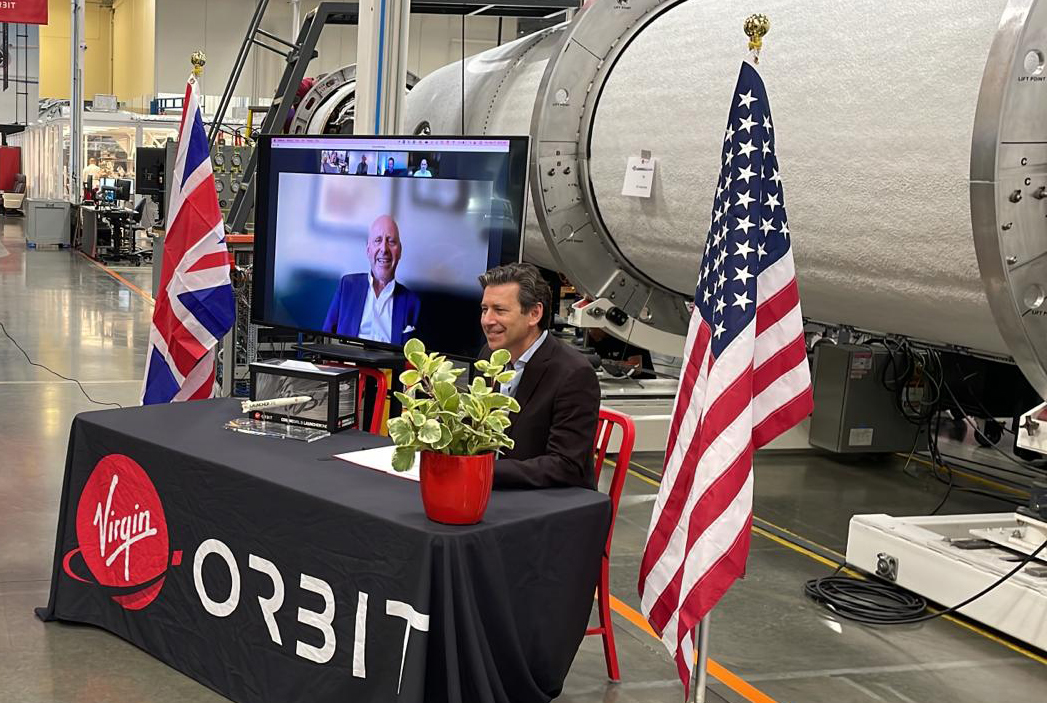 The satellite, called Amber-1, is a partnership between the Catapult and Horizon Technologies. Built by AAC Clyde Space in Scotland, it will be launched by Virgin Orbit’s LauncherOne on its historic flight from Spaceport Cornwall this year – a mission that is expected to mark the first ever orbital launch from a United Kingdom spaceport.

The objective of the mission is to demonstrate for the first time how launch from the United Kingdom can benefit the rapidly growing UK space sector and can enable organisations to rapidly deploy new technologies to orbit, with a complete end-to-end capability coordinated from UK soil.

Amber-1 is expected to be the first of 20+ planned Amber™ satellites to provide Maritime Domain Awareness (MDA) data to users. Using unique, patented technology, the system will geolocate and demodulate radio frequency (RF) data from ships around the world. Horizon Technologies’ data will be used by governments to provide information on the tracking and prevention of illegal fishing, smuggling, trafficking, piracy, and terrorism. Information collected through the programme will be provided to the United Kingdom’s Joint Maritime Security Centre (JMSC).

“We are delighted to work with the Catapult and Horizon to launch Amber-1 on this planned historic flight, the first to bring domestic launch capability to the United Kingdom. We believe tracking shipping from space is vital to keeping the seas safe and that Amber-1 is a key technology that will aid this endeavour. This important technology, and Virgin Orbit’s collaboration with the Catapult are the latest signs of the growth we are seeing across the UK space economy. This is galvanized by our planned capability to launch straight from the United Kingdom to orbit,” said Virgin Orbit CEO Dan Hart.

Lucy Edge, COO of the Satellite Applications Catapult said: “This launch is a huge milestone for the space sector in the UK. This summer, the UK completes its end-to-end ecosystem enabling companies to design, build, launch and operate their spacecraft all from one place.

“The impact for the UK Space Economy is uncapped, and we look forward to supporting this vibrant sector in demonstrating major advances in agile access to space.”

John Beckner, CEO of Horizon Technologies said: “The launch of Amber-1 has been a long time in coming, and we are thrilled to be part of our partner, Virgin Orbit’s planned launch this summer. Amber™ will revolutionize maritime RF detection from space using single CubeSats (as opposed to expensive clusters). We believe Amber™ is a glowing example of a successful partnership between a growing UK SME and the Satellite Applications Catapult.”

Science Minister George Freeman said: “British satellites have been saving lives at sea for decades by providing emergency communications and location services, so it is fitting that Virgin Orbit’s first mission from Space Cornwall later this year will launch a maritime intelligence satellite.

“This will be a major milestone for our £16 billion space and satellite sector and a great example of the government’s National Space Strategy in action.”

It is excellent to see Innovate UK’s funding for the In-Orbit Demonstration programme resulting in the launch of the first small satellite from a British spaceport. This is a milestone achievement and highlights the importance of our developing sovereign capabilities in these turbulent times.

The launch of this maritime intelligence satellite has been achieved through the partnership of Sat App Catapult and Virgin Orbit, to deliver the In-Orbit Demonstration Program. This programme will not only support the security of the maritime environment and maritime operations but signals the start of the UK’s space launch industry.

The UK has some of the most innovative satellite companies in the world, and with this major first achievement, we are truly moving from being a seafaring nation to a spacefaring nation.

Innovate UK, as part of UK Research and Innovation, will continue to support this vibrant space and satellite sector, their SMEs, and innovators.”

Ian Annett, Deputy CEO of the UK Space Agency, said: “We are delivering on the ambitious plans for the UK to tap into the growing global market for small satellite launch and it is exciting to see yet another satellite confirmed for launch by Virgin Orbit.

“This country is home to some of the most innovative satellite companies in the world, but they have never been able to launch from UK soil. We are on the cusp of a major milestone as a spacefaring nation, as we countdown to the first small satellite launch from a British spaceport.”

Chris Chant, Director of the Joint Maritime Security Centre said: “JMSC provides government with comprehensive maritime domain awareness of the UK EEZ and the UK Overseas Territories. I look forward to seeing how this capability will contribute to that picture.”

Melissa Thorpe, Head of Spaceport Cornwall said: “This announcement is exactly why we are so excited to offer sovereign launch from Spaceport Cornwall. We are proud to know that on our first launch this year, will be Amber-1, which will be integral to the UK’s maritime safety – benefitting not only the general public, but the marine ecosystem. This is a larger scale representation of what we are trying to achieve through Kernow Sat-1, with the monitoring of ocean health around the coast of Cornwall. This mission encapsulates using space for good, by demonstrating how increased Earth Observation can aid humanity and our environment.”

The IOD programme is funded by Innovate UK and the UK Space Agency. The 6U satellite platform for the mission has been built by Glasgow-based AAC Clyde Space, one of the largest CubeSat manufacturers in the world.

About the Satellite Applications Catapult

The Satellite Applications Catapult is an independent innovation and technology company, created by Innovate UK to drive economic growth through the exploitation of space. We work with businesses and organisations of all sizes to realise their potential from space infrastructure and its applications. Based in Harwell, Oxfordshire, the Catapult was established in May 2013 as one of a network of centres to accelerate the take-up of emerging technologies and drive economic impact for the UK. We are a not-for-profit research organisation which is registered as a private company limited by guarantee and controlled by its Board.

Virgin Orbit (Nasdaq: VORB) operates one of the most flexible and responsive space launch systems ever built. Founded by Sir Richard Branson in 2017, the company began commercial service in 2021, and has already delivered commercial, civil, national security, and international satellites into orbit. Virgin Orbit’s LauncherOne rockets are designed and manufactured in Long Beach, California, and are air-launched from a modified 747-400 carrier aircraft that allows Virgin Orbit to operate from locations all over the world in order to best serve each customer’s needs. Learn more at www.virginorbit.com and visit us on LinkedIn, on Twitter @virginorbit, and on Instagram @virgin.orbit.

Horizon Aerospace Technologies is a world leader in airborne Sat Phone monitoring systems for Intelligence, Surveillance, and Reconnaissance (ISR) applications, equipping governments worldwide by enhancing their SIGINT capabilities. We are the Original Equipment Manufacturer (OEM) for the FlyingFish™ and BlackFish™ SIGINT systems which are in operation on numerous platforms worldwide. We participate daily in ISR and SAR missions via NATO and FRONTEX in Europe and are heavily involved in international operations around the globe.

The Joint Maritime Security Centre (JMSC) is the UK government’s centre of excellence for maritime security. Its mission is to increase awareness and understanding of maritime security threats and enable cross-government coordination to deliver a whole-system response to mitigate them.

About the In-Orbit Demonstration programme

The In-Orbit Demonstration programme is funded by Innovate UK and offers service providers a fast-track, low-cost opportunity to accelerate to test their service or technology on a CubeSat mission launched into low Earth orbit.

IOD helps accelerate to ‘proof of concept’ stage by providing an affordable in-orbit testbed and a range of operational and business support services to exploit the commercial potential of the mission.

Spaceport Cornwall is the horizontal space launch site at Cornwall Airport Newquay, in South West England. Spaceport Cornwall is a partnership between Cornwall Council, commercial launch operator Virgin Orbit and Goonhilly Earth Station. The consortium will deliver small satellite launch into lower Earth Orbit, for the first time ever from the UK by 2022. The project is funded by the UK Space Agency, Cornwall Council, Cornwall and the Isles of Scilly Local Enterprise Partnership and Virgin Orbit.