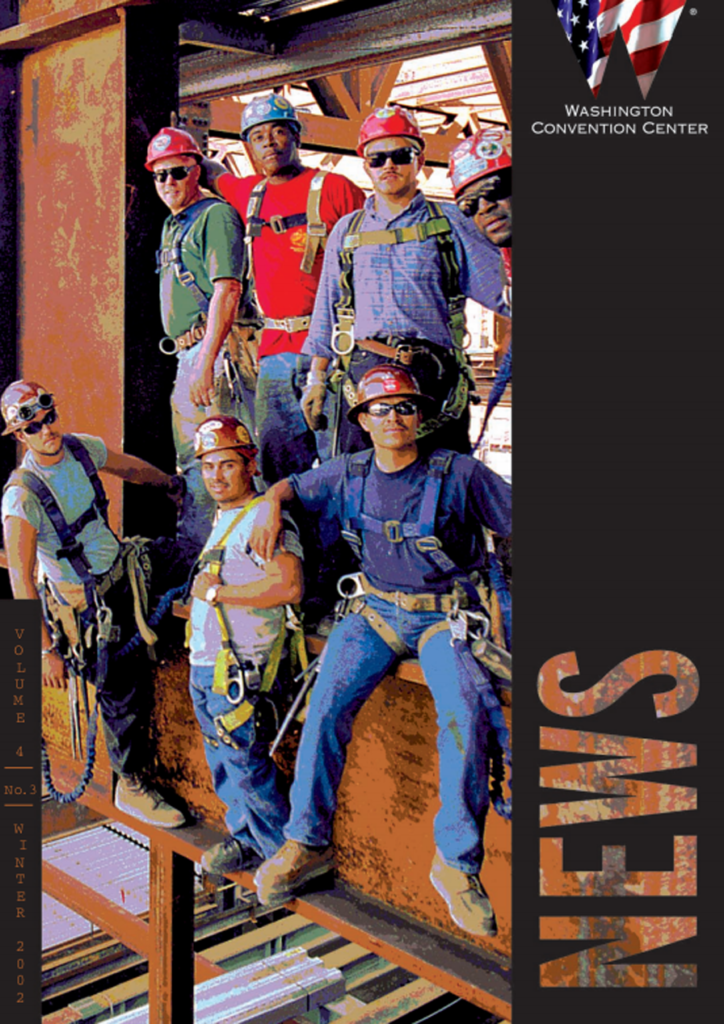 The new Washington Convention Center (WCC) was approved on a promise of $1.4 billion in economic impact and 15,000 new jobs by 2006 in a city where hospitality continues to be a major industry. Marketing efforts for the new center included a strategic marketing plan, new logo, print ads, website, brochures, newsletters, premiums, government and community relations, and tradeshow industry updates and support.

The new identity challenge was to enhance the WCC brand with a new logo that would capture and reinforce Washington, DC as America’s city, while establishing a fresh new image that was a major departure from the image of the older facility. The new WCC logo was unanimously approved and successfully captured the spirit of the new convention center.

Our marketing plan included powerful print ads that established the new convention center as an architectural masterpiece and as distinctive and noteworthy as Washington’s other impressive monuments.

The marketing and public relations work engaged, informed and fostered buy-in from the community, local businesses and public sector stakeholders. There were many community concerns regarding the impact of both the lengthy construction period and the completed monumental convention center that would be incorporated into one of DC’s most historic and established neighborhoods.